'Twas the Night Before Christmas at the Motel Montreal 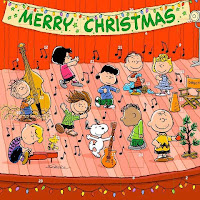 Merry Christmas and Happy Holidays from all of us at the Motel Montreal in Lake George.  From our family to your family, we wish you a very safe, happy and healthy season and a new year full of prosperity and good tidings.  If you are starting to plan your 2013 Lake George vacation, we have a bunch of special offers, deals and packages here or just give us a call at (518) 668-5439 and we can create the perfect Lake George getaway for you and your family.

'Twas the night before Christmas, and all through the hotel
Not a creature was stirring and I was sleeping well;
The neon sign was lit up with care,
In hopes that our guests soon would be there;

The travelers were nestled all snug in their beds,
While visions of the Minne Ha-Ha danced in their heads;
And Nerisha in her PJs, and I in my sweats,
Had just realized that life in Lake George is as good as it gets

When out in the parking lot there arose such a clatter,
I sprang from the bed to see what was the matter.
Away to the window I grumpily trudged,
Pushed on the window but it barely budged.

The moon on the cars parked in my lot
Made the Motel Montreal look like a great spot,
When, what to my wondering eyes should appear,
But a bus from Nova Scotia carrying lots of beer,

With a little old driver, so tired and irate,
I knew in a moment his stay was not going to be great.
As he tried to find parking he yelled up to me
“We have no reservation but do you have a vacancy?”;

I told him I had nothing for such a big group,
I was nearly out of rooms, not even a stoop.
To my neighbors at Lake Haven and Shore Meadows I suggested they go,
But be careful because Lake Ave is slick in the snow.

As loose lumber from a truck surely does fly,
They skidded down Lake Ave, I thought they would die,
But much to my satisfaction, they were able to survive,
Without a bump or a bruise safely they did arrive.

And then with a curse I heard the driver proclaim,
“Lake George is full, this is f@#!in’ insane.”
As I drew in my hand, and headed to bed,
Back came the bus driver filled with dread.

He had sold a tour group but forgotten to book a hotel,
If he admitted this to his customers, it would not sit well.;
A bundle of cash he had at the ready,
And he looked a little bit mentally unsteady .

His eyes showed desperation; his smile was so crazy,
And I told him next time to make reservations, don’t be so lazy.
His expression seemed to think me unkind
When a great idea came to my mind;

True, I lacked hotel rooms for his travelling school,
But I have a large room under the pool.
The driver borne a look of shock and dismay,
But take it he did for a one night’s stay.

He spoke not a word, but nodded his head,
And asked for help making the beds,
And giving a thumbs-up to the riders of the bus,
He ushered them off without a fuss;

The driver told the guests that the hotel was called “Under the Pool”,
But believe him they did not, they thought him a fool!
But I heard him exclaim, as I shut off the light.
Next time I will book the Motel Montreal in advance and then we will all sleep tight!
Posted by Innkeeper at 7:11 AM